Your expansion through
customized financing

No matter whether a medium-sized company or a real estate developer.
We have suitable equity solutions.

Inform yourself here in our short video on the topic
mezzanine capital financing.

Our requirements for you
You are a medium-sized company with:
a total investment volume of at least 5 million EUR

Sustainable development
of your company.

Have we aroused your interest? 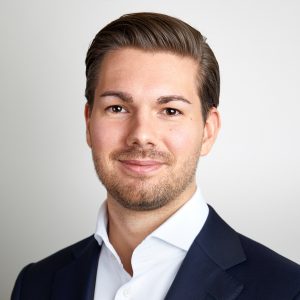 Your contact if you need tailor-made financing for your expansion.

SensorDynamics AG was an Austrian semiconductor company specializing in sensor solutions for the automotive, industrial and high-end consumer goods markets. SensorDynamics developed and marketed customer-specific products and standard products for applications in the areas of vehicle stabilization, passenger protection, navigation systems, keyless go systems, as well as autonomous wireless and battery-free energy generators. In addition to the company headquarters at Schloss Eybesfeld near Lebring near Graz, SensorDynamics was represented by its own subsidiaries in Italy and Germany as well as a worldwide sales network.

In July 2011, the company employed around 130 people. SensorDynamics was financed by venture capitalists through equity rounds from 2004 – 2011 and was subsequently purchased by Maxim Integrated, a semiconductor company from San Jose, California, for $164 million. Pallas Capital supported SensorDynamics as a strong partner in all negotiations and structured an equity financing.

Soravia, a family business based in Vienna, is one of the leading real estate project developers in Austria and Central Europe with more than 550 completed projects and a project volume of over 4.6 billion euros. In Vienna, the family-owned company will realise major real estate projects with a total volume of around EUR 1.2 billion in the coming years.

A solid financing basis is crucial for the realisation of these enormous project volumes. Pallas Capital advised Soravia on the structuring of mezzanine capital financing of around EUR 30 million. Together with Soravia, Pallas Capital was thus able to secure international capital for various development projects. In addition, takeover projects for extending the value chain were identified, thus creating additional value for all parties involved.

Are there any questions left?

Call or write us. We will answer within 48 hours.